A people gathered for His glory and sent by His love 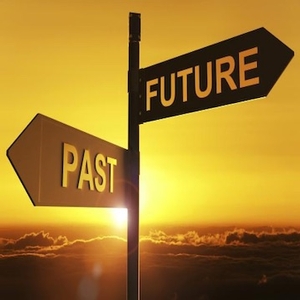 In Part 1 of this series I laid out the case that:

If this is true, “What is the path forward for American Christians?” First, let me say something that might make you feel worse if you already felt bad after reading my first two points. The reason I have discouraged the church from becoming too embroiled in the cultural conflicts erupting in our society right now is because the current crop of leadership in the church, with some few notable exceptions, are lawless presentists and are not equipped to lead us out of this wilderness and into the promised land, to use a Biblical analogy. So as a practical point it seems to me that the judgments of Isaiah 3:1-5 have been poured out on the church already and the reason we find ourselves in this position is precisely because God has brought us here through His judgments. Let us read Isaiah 3:1-5,

“For behold, the Lord God of hosts is taking away from Jerusalem and from Judah support and supply, all support of bread, and all support of water; the mighty man and the soldier, the judge and the prophet, the diviner and the elder, the captain of fifty and the man of rank, the counselor and the skillful magician and the expert in charms. And I will make boys their princes, and infants shall rule over them. And the people will oppress one another, every one his fellow and every one his neighbor; the youth will be insolent to the elder, and the despised to the honorable.”

Obviously this passage can be applied to the American Church or the American State. As a pastor, I am concerned with the Church, so I am going to confine my comments to her instead of her nursing mother, the State (Isaiah 49:23). Frankly, at this point the church lacks the quality of leaders that are necessary to advise civil magistrates, at least in places of significant influence anyway. There are exceptions to this rule, but that is all they are, exceptions.

Let us begin by asking, “How should the Church respond to the crisis we see if she is not equipped to offer counsel to the civil magistrates?” My answer is that she should turn inward and deal with herself. And since the vast majority of the Church’s current leadership are lawless presentists, I am really addressing the rank and file believer at this point. Reformation is usually a bottom up work not a top down one. Luther was a backwater priest, in the grand scheme of things, a nobody. The people that Luther resonated with were also backwater people, “deplorables” to use modern vernacular. We, the small church pastors teaching the historic Christian Faith in its traditional framework of understanding, and the rank and file Christians that fill the pews must focus on becoming what we need for the future. We should focus on becoming thoughtful, fruitful, humble, and immovable disciples of Jesus Christ. As we learn again to “honor our fathers and mothers” we should focus on placing the maximum amount of pressure on specific axis points in order to optimize our influence in our own generation. The following three points are the axis points I believe the American Church in our local capacities should shift our focus into accomplishing together.

Additional blogs on the subject of learning to “Honor your father and your mother” will focus on these three axis points as Solomon’s Porch Christian Community seeks to press on these points first in ourselves.